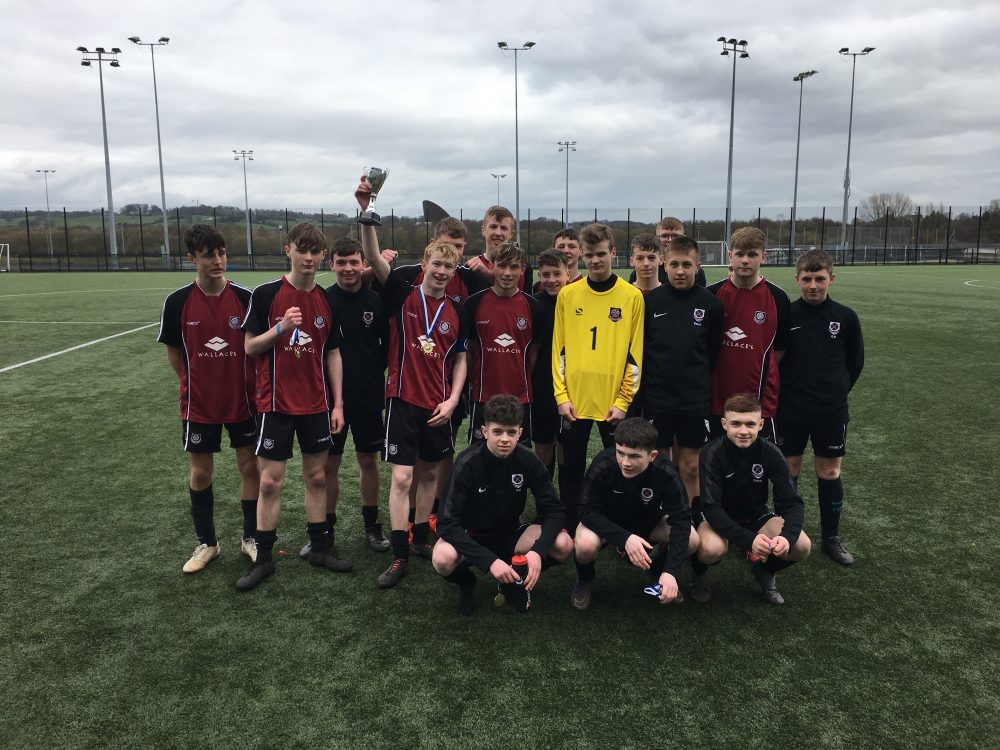 The Year 11 boys ended their year with a battling 3-0 win against Dunclug College at the Ballymena Showgrounds. Traditionally there hasn’t been much contest between the two sides over the past 4 years and this game proved no different.  Cullybackey, with the aid of a stiffening breeze, took the lead after Noah Stewart found himself in a world of space inside the Dunclug box before coolly slotting home to give Cullybackey a 1-0 lead.  In a game that was being battled for in the middle of the park, it was Lewis Tennant, Scott McCullough and Robbie Gilchrist who were getting the upper hand on their opposite numbers. In a fine balance that saw Scott providing the defensive cover, Lewis and Robbie showed their attacking prowess as they began to dominate possession and open up the Dunclug defence.  On the left Diego Fletcher looked a constant threat, displaying some outstanding touches and vision, creating chances for Noah Stewart.  As the first half was fizzling, out Scott McCullough saw his speculative effort deceive the Dunclug goalkeeper from all of 30yards to give Cullybackey a 2-0 half time lead.

The second half was a scrappier affair, with the mid-field battle continuing and a few feisty tackles exchanged. Dunclug pushed for a way back in, but in Ben Turtle and Cameron Kerr, Cullybackey had two giants that were not in the mood for allowing anything past them.  They were ably assisted by an alert Nathan McMullan and two full backs in Leon Coulter and David McKay, whose energy snuffed out any danger on the flanks.  As the game drew to a close Dunclug went down to 10 men after their talented midfielder lost his discipline, costing his team any hope of getting back into the game by being given his marching orders by the referee for a moment of madness.  Cullybackey controlled the game until the end, minus one or two scary goal mouth scrambles, and added a third through a neat Diego Fletcher finish after sublime build up play.

Great end to a frustrating, although successful year and something to build on as the boys enter into the Northern Ireland Cup for final time as a team next year. 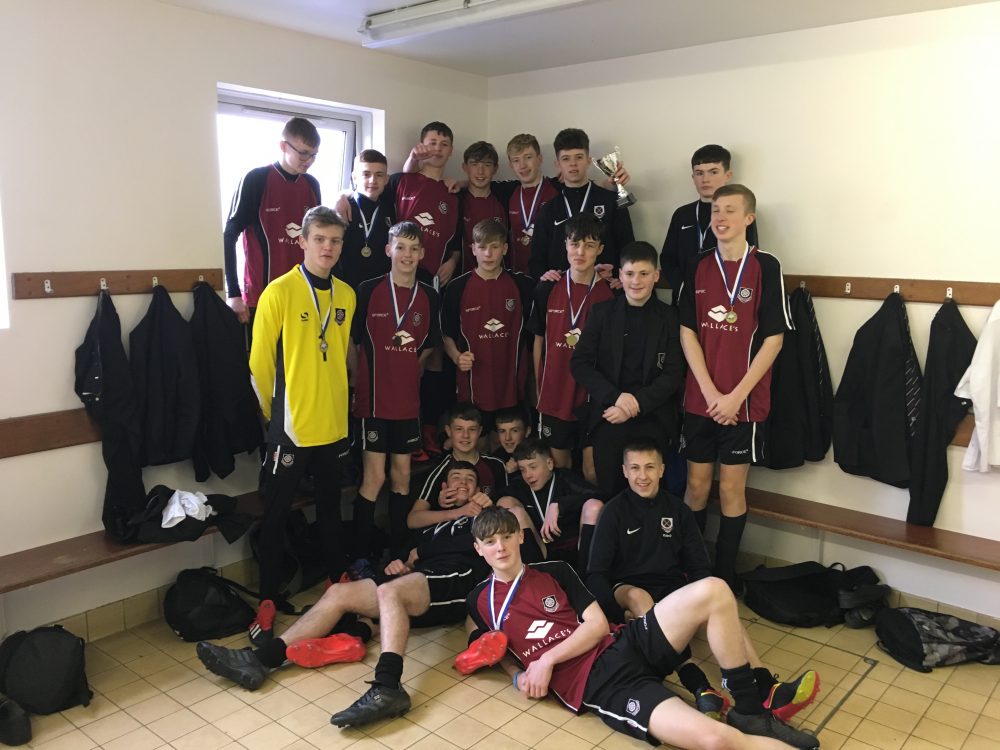