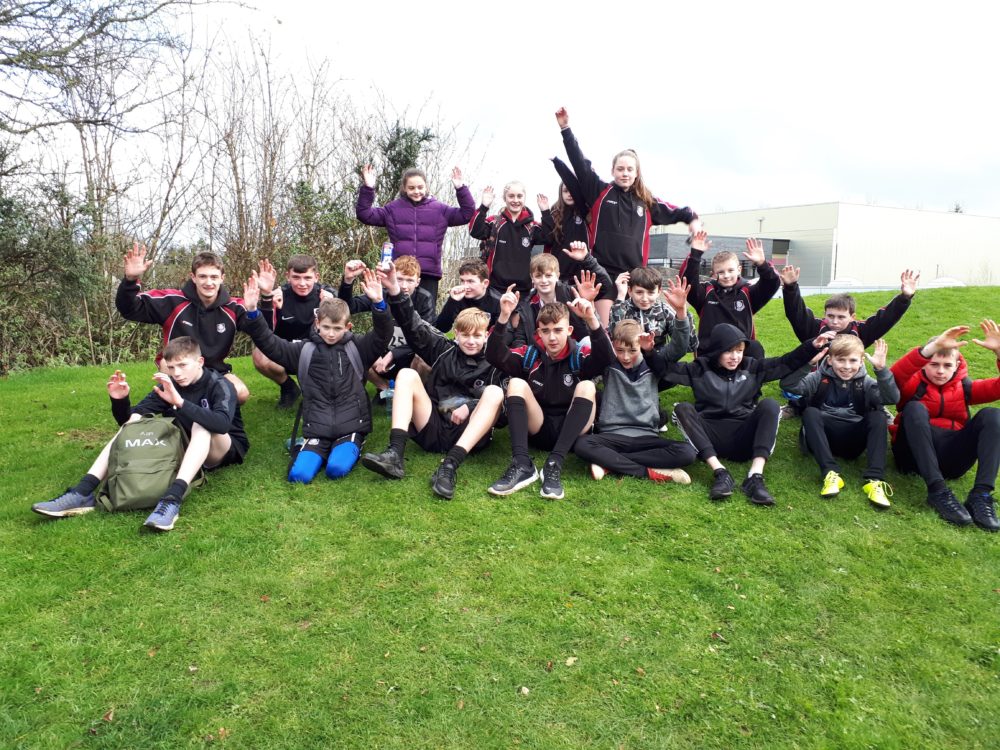 Twenty four budding running stars continued the sporting success of our school at University of Ulster Coleraine on Tuesday 20th November. The competition involved 1500m cross country for Years 8 and 9 and 3000m for Years 10 and 11.

First up were the Year 8 girls Gillian McBride, Jessica Wilkinson, Elana McKay and Laura Hamilton who all put in a great effort, competing against some of the country’s best cross country runners.

Robbie Spiers put in a great shift to finish a superb 8th position in the Year 8 boys whilst Cole Magill, James Orr and Kenzie Meharg all came in close behind. The Year 9 boys competition saw Luke MCGaughey finish inside the top 40, whilst fellow footballers Sam Rock, Josh Nicholl and Bailey King-Hay all put in a superb shift.

The senior boys team consisting of Diego Fletcher, Isaac Daly, Scott McCullough and Ben Turtle all found the going tough over the two laps. Credit to all four Year 11 GCSE Sport pupils however, their efforts never dwindled and some strong finishing saw Diego finish 16th, Isaac 18th, Scott 38th and Ben 40th. Just reward for the boys who were also competing against Year 12 boys in the same event.

The most successful year group were the Year 10 boys who were able to bring home bronze medal in the Year 10 team event. Ross Stevenson, more renowned for his sprinting than his cardio work, finished a great 4th place, closely followed by Zach Moore in 6th place. Lewis Tennant came in 30th followed by Kaeden Anderson in 37th. These last two places made all the difference as they came third in the team event behind St Louis Grammar Ballymena and Cambridge House, beating the likes of Ballymena Academy and Coleraine Grammar in the process.

This was a superb event, organised by North Coast Integrated, and one which our pupils gained so much out of. It is hoped to build on this success next year by bringing more participants. Well done “Team Cullybackey”!